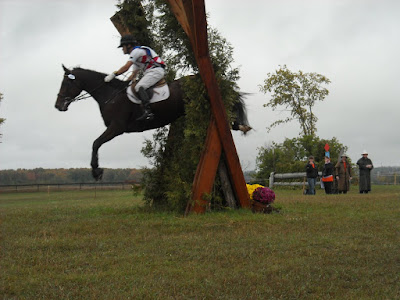 in hindsight it was a bit dumb to highlight a feature on an American rider to a NATIONAL award in Canada? 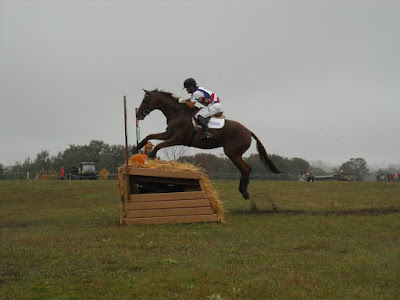 The Contest Entry Episode:
The first minute is an audio mash of voices collected at the Royal Agricultural Winter Fair, and features comments from Darren ChaiChai -- Known as "the fitness guy" on the U.S. team, Chiacchia cross-trains to improve his fitness as a rider.

Darren is well known from the accident on March 15, 2008 at the Red Hills Horse Trials. He was negotiating the preliminary cross country course aboard seven year old Baron Verdi, whose recent performance at home and in competition had provided Darren with great confidence. A misstep led to a somersault of horse and rider, and led to changes in the sport of eventing.

Notes About The Program:
The first ever broadcast was Dec, 2007 and week after week hoofbeats! radio has delivered outstanding media coverage, 8-10am Sunday mornings. With on-line streams from CFRU and CFMU, and via 93.3fm the show was broadcast over a simulcast broadcast radius with a population of more than 1,000,000 -- before the herd decided to put together a live equine theatre show instead ha.
Email ThisBlogThis!Share to TwitterShare to FacebookShare to Pinterest