August 21, 2011 - Words with a Horse Back Writer, Chester Weber & The Canadian Equestrian Team 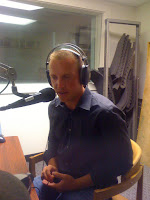 Today on hoofbeats we will be in conversation with a member of the Canadian Equestrian Team, Keean White, who also puts on an international Show Jumping Tournament.  This year it takes place Sept 27 to Oct 2nd in Rockwood, and it is really cool that the Canadian olympic Silver Medal Team will be in attendance!  We will hear from a Horse-back Writer and the founder of "Horse Basics." Karen Dallimore. AND, We have an exciting announcement about training time with Chester Weber, who was just named Chef D'Equip for the United States Pair and Pony Pair Teams!!!

[ ] 21:33 first up is the interview with Susan Dallimore, Horse-Back Writer and Horse Basics Founder, who as you will hear was born in Toronto with agriculture and horses on her brain. Her curiosity about all things agricultural took her to the University of Guelph to earn an Animal Science degree. She delivered over 300 foals during her time in the Standardbred horse industry...

in other horse news:


There's a small struggling horse and pony rescue farm in Crystal Beach that was sent to the Ontarion newspaper and forwarded to me. There are about 17 horses and 8 ponies at "Last Chance Horse and Pony Rescue" and CHCH TV did a short piece on the farm. Here's that link:   http://www.chch.com/index.php/home/item/4832-horse-rescue-ranch-in-need-of-aid

I WON A TRAINING WEEKEND WITH CHESTER WEBER !!!!! I want to thank you for your votes read you my essay.... 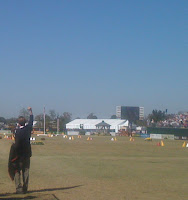 I am his number 1 fan because of his approachable, friendly, down to earth nature, his willingness to support equine media and interest in sharing equine enthusiasm fans and fellow athletes alike. As a grass roots Eventer myself, grown up on rescue horses and borrowed ponies I admire his action in saving the challenging Jamaica from the slaughterhouse and offering a second career. I appreciate his race influenced childhood. The chance to train with Chester for a weekend would mean the world not just to me, but would also provide an amazing opportunity to members of the hoofbeats! (radio+) group.

I have never been to Live Oaks. I would love love the opportunity to experience it, and I would gladly even ride any or all of the 4-6 horses each day, as directed by Chester! I would also endeavour to dress the part of a driver, as you can see from the photo taken today!
*
I have also long-wanted to chat with My Weber, in regards to her search for a groom for their show-jumpers.  Is there any chance she would call in?  Or, should I follow up to ensure a pre-recorded call segment?
-  background with horses
- current involvement with horses
- what do you look for in a groom,
-  instructor
- horse couple nomination