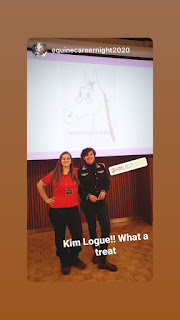 In today's edition of hoofbeats brings you some informal discussions with visitors at the Equine Career Night at the University of Guelph, including a chat with Barry Finn of the Rider!

We also air some fun raw audio from a round table discussion with some of the members of Guelph Pony Club, who also ride a HorseWorks in Rockwood, including our Horse of the Week segment.

In keeping with an ongoing show theme, we also remind all horse people to get their tickets for the upcoming Lyle Lovett and John Hiatt acoustic evening, show that is coming up at Centre in Square in April, as well as one of his tunes.

There is also some music, from the new release from a previous hoofbeats guest -- give a listen to two tracks from Peppermoth.