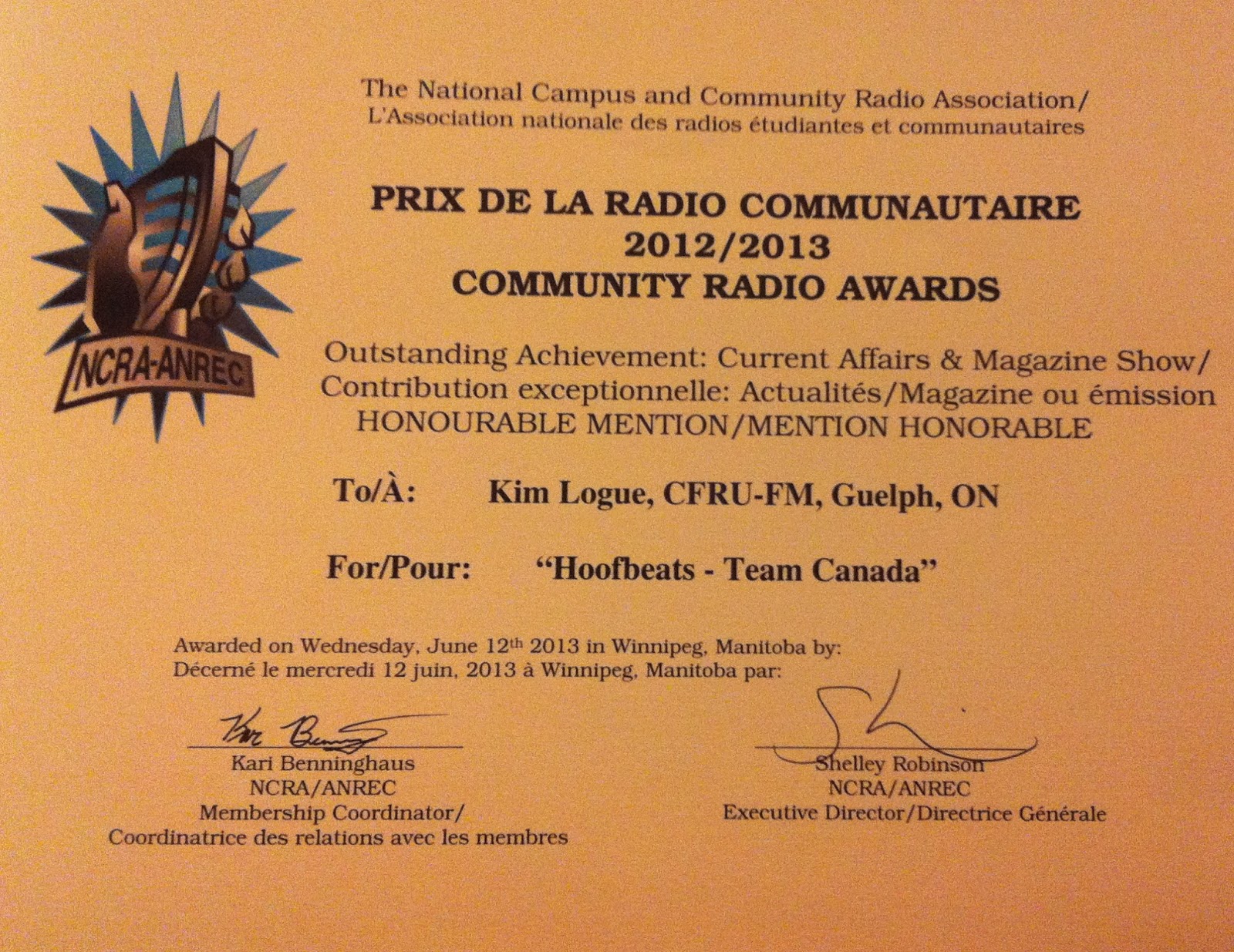 Then a 9:30 clip from #142 02-10-2014 The Latest from OHHA When the government announced the end of its revenue sharing agreement for the slot machines at horse racing tracks, 55,000 jobs in Ontario were impacted. This interview takes a look at the state of the industry one year later.  Featured Speakers/Guests: an interview with Brian Tropea of The Ontario Harness Racing Association

Then we play the 8:11 NCRA SUBMISSION (sent May 2016) called Barn Fire, Season 9, Ep 1 #171 01-10-2016, which focuses on an overnight/early morning barn fire January 4/5th in Puslinch killed over 40 horses. In this episode of hoofbeats we will mourn, pay respects, and discuss offering assistance. Our guest is Bill O’Donnell, President of the Central Ontario Standardbred Association and member of the Canadian Racing Hall of Fame!