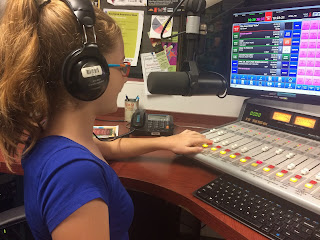 Since there is nothing new to air in the Sunday 10am Conversations Worth Having, -- Death and Aging series at CFRU this week, we are, happily, bringing you some horsetalk! hoofbeats are also a Conversation Worth Having. Sadly there is no archive of our live to air this week.

Did you hear the "Riding With the Stars" guest we grilled about creating original music for  dressage musical freestyles?! Our longstanding host confessed her lifelong fantasy of a live orchestra ringside for an improv horse dance, with the right musicians, to a member of CROW, who is performing in Guelph at Silence. Tamara Williamson did a phone in near the end of show to say that if anyone shows up at her upcoming gig in their breeches, she'll buy them a beer... we had so much fun! 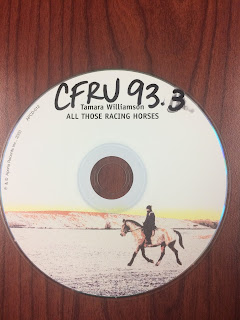 With the godmother of Indie, Tamara Williamson, who has been at the fore front of alternative music since the 90′s! She's shared stages with Oasis, Jewel, Feist and Talk Talk and guelph's very own Bry Webb too. Writing all her own material and producing records for other artists, she is known and respected for her creativity, songwriting and artistry in production...  In a world of more licensing laws and copyright problems, her company Kurboom offers affordable ORIGINAL music for kur’s!

Does she know the gaits of Icelandics? Has she ever felt the beat? We were excited to get details on the landscape on this CD, that we played two tracks from.
*

How well are equine biz owners are following the best accounting standards and employment practices?

We also aired a 21 min segment with researchers with a study and a survey for horse people.  We commented that their questions focused on financial compensation and its link to employee satisfaction without questioning management styles or training ethics at all.

Harmony asked if coming up through the ranks as a working student is still possible and then we discussed her interest in continued volunteering with hoofbeats...
Email ThisBlogThis!Share to TwitterShare to FacebookShare to Pinterest