What's on this Summer, Folks? hoofbeats at Hospice! 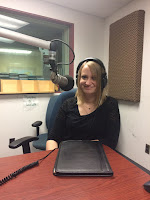 happy hoofbeats everybody!  Today in the studio we welcome Rachel Hobson, who is the Integrated Wellness Coordinator, at Hospice Wellington -- for another interview in the series "Conversations Worth Having."   I invited her in, to share information about some of the wonderful FREE services available to caregivers in Guelph.  I had no idea!

We're also playing some music from artists that will be playing this year at Summerfolk Festival, which is coming up in Owen Sound in mid August.

In this epidsode, I also address the confusing relationship between Conversations Worth Having and hoofbeats radio, and podcast!

CWH is my community, radio, project, where I try and bring important subjects to radio, in the hopes of prompting useful discussions in families and communities.  It started as a way for me to share research I was doing related to what was going on my parents, within health care system crisis. I've aired discussions about long term care, death, assisted death, funerals, organ donation, blood donation, estate planning, medical rights, poa, advance care planning, and much much more.  I have found, sometimes, that these themes effect me, personally, with deep emotion, and thus, I can sometimes find the work daunting.  Plus, a weekly deadline is relentless!  It comes around every week!  To hear just the Hospice content, you can check it out here, at blogguelph.

Meanwhile, just because its my true nature, horse talk emerges in everything I do.  So, usually about once a month, horse guests override, and I create some entertaining, equestrian education on CFRU, instead of working on aging and death or general wellness themes.  And, sometimes, there's even a small segment of horse talk within the shows produced for those other series and themes!  Like right now! I admit hoofbeats can get a little out of control... 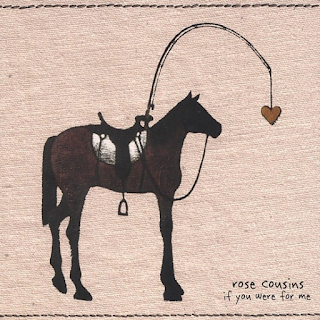 Isn't it awesome that hospice has some horse history?

**
This radio show also featured recordings of two Riding With The Stars invitations:

HAY, Rose Cousins,  I have been a fan for a long time and in fact have a pin that celebrates your first album "If You Were For Me..." that I am pretty sure I bought when I met you at a Folkway Music concert years and years ago.  Is that possible?  I love the artwork, a horse silhouette, with a western saddle -- and instead of a carrot on a string rigged to motivate its forward movement, its a little heart on the wire.... I love it!  So, I am really hoping we can spend a few minutes at Summerfolk so I can ask you if you have any experience at all with horses!  For now all I can do is play some of your music on 93.3fm in Guelph...   we're loving the tracks of Natural Conclusion.

Natural Conclusion is an album Cousins calls “the most honest and vulnerable thing” she has made to date, and added “Ultimately, a life consists of many relationships, some chosen and some assigned, each playing different roles on a subjective, expansive spectrum of success and failure. We choose, we are chosen, we are left, we leave, we stay anyway, we grieve, judge and empathize, relinquish, atone alone, keep and let go. Each relationship will come to its Natural Conclusion.”

**
Do you know that Escarpment Blues is a concert and documentary film starring singer-songwriter Sarah Harmer? It followed her tour across southern Ontario to promote Protecting Escarpment Rural Land (PERL), a conservation group she cofounded. To battle a proposed quarry on the Escarpment. She toured communities near the escarpment, both performing, and speaking about the PERL campaign. The film documents both her live performances and her activist work...

I could swear there is footage of Sarah riding a horse in that documentary. The day I watched it, which was years after its release in 2006, felt like I recognized a scene from an experience I had that very day at Rawhide Adventures at Peace Valley Ranch, a working cattle ranch located north towards Orangeville in the high hills of Mulmur township. So, I will be putting in a media request at Summerfolkfestival to ask Sarah if she has ever had any experience at all with horses!