Are you in the mood for music from Cowboy Junkies or Slaid Cleaves?  We hope so... 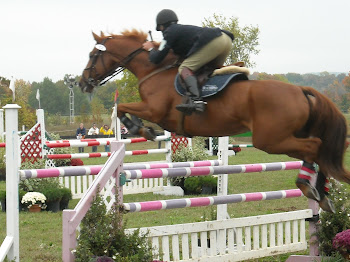 In this episode we celebrate a 2008 event in Ontario, a show that started when what Canada needed was a higher level of international competition. “We thought we’d give it a shot and build one,” recalls Young. Their faith paid off: last year, more than 80 competitors, from 5 countries, came out for the 2007 Wits End Horse Trials, which has grown to become Canada’s only FEI World Cup Qualifier.

In recent years, the Wits End competitors have included the Who’s Who of American eventing stars, such as Phillip Dutton, Karen O’Connor, Will Coleman, Bruce and Buck Davidson and Bonnie Mosser and Canadian riders such as Penny Rowland, Selena O’Hanlon, Waylon Roberts, Edie Tarves and Samantha Taylor who was the top placed national rider at last year’s event.

You’d expect most horse competition hosts to be disappointed if only 12 horses came to compete at their first event. Especially considering that the competition’s centerpiece - a cross country course designed to test horse and rider stamina and skill - cost more than $65,000 to build. But British-born Jo Young, a respected dressage coach and international judge, and her partner Bill McKeen, an international technical delegate and an Equine Canada course designer, were delighted.
Email ThisBlogThis!Share to TwitterShare to FacebookShare to Pinterest