Here is the show as rebroadcast on CFRU 93.3fm Monday, Feb 17, 2014 (note the intro/extro reflects the fact this episode was also aired on The Grand 92.7 in two segments). Enjoy! 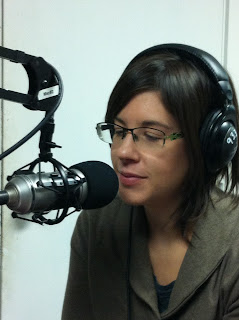 Welcome to episode #98 of hoofbeats, where will learn more about "Chasing Canada."  Have you seen the documentary airing on CBC recently?  Two well behaved women, wanting to make history, Kimber and her horse Katrina (Kat) rode west from Nova Scotia to the Pacific Coast of Canada.  She'll tell us more about this 6,000+kilometer, 5 month journey, we'll even go behind the scenes to learn a bit about the making of the movie.  It's such an intimate documentary.  What came first, the ride or the film?  The film follows the pair through the heart of Canada coast to coast, during which they were  intimately introduced to Canada’s vast landscapes and diverse people. We will also feature some music from the Wooden Sky in this show, because the band provided the soundtrack for Chasing Canada.  If you click the play arrow below, you'll hear the original broadcast.