the music in this show is mostly Joni Nehrita, as introduced by John Granger.  Yes! it would be good to edit and re-broadcast, no?

[ ] PSAs
[ ] :45, pre-recorded show intro
Welcome to episode 99 of hoofbeats radio.  Jean (Scott-nicky) is our guest, and we have audio from the Royal Agricultural Winter Fair, as well as some great music planned for this show.  Just a warning that when Jean tells us the name of one of the farm pets, we use another word for donkey that some could find offensive... but you can take my word on the fact that is one sweet and cute goat out there!

We wanted to mention that our show is still hoping to inspire at least $65 in donations, in order to reach our Raise Your Voice fundraising goal, even though the deadline has passed.  You can pledge at cfru.ca and we encourage you to do so!

In today's show we have another interview about an individual's horse life. As you heard in the first segment Jean Szkotnicki is the president of The Canadian Animal Health Institute (CAHI), which is the trade association representing companies that develop, manufacture and distribute animal health products (which include animal pharmaceuticals, biologics, feed additives and animal pesticides) in Canada.
[ ] 17:00 jean p2
[ ] music
[ ] 1.41 jean p3
[ ] music 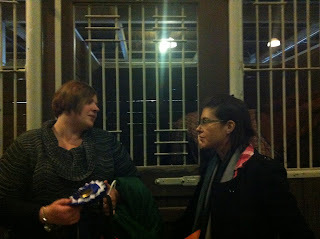